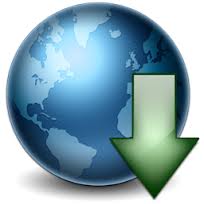 Fork the repository and use it as a base for your PHP project!

A new framework is available for php developers. FluidPhp uses the PhpToolCase library features as it's main core components demostrating the various possibilities that this library can give the developer. The library components remain stand-alone, but the FluidPhp framework puts it all together by putting the PhpToolCase inside a container suitable for all kind of web applications.
I strongly encourage all level of programmers to try the FluidPhp framework, keeping in mind that the behaviour is very similar to most popular php frameworks out there, therefor if you have some experience with any of them you should be familiar with FluidPhp.
A full detailed manual will be available soon, so please stay tuned for all updates by watching the project on github. Browse FluidPhp GitHub Repository.

A new beta version of the library has been released, with 3 new components that extend the library's functionality with routing , authentication and html views rendering.
A full manual and more detailed example files for the components will be available with the next stable release. To view a detailed list of changes, see the changelog.

A new beta version of the library has been released, with lots of new features including and event dispatcher, an object relational mapping component and a brand new query builder that uses PDO. See the changelog for more details.

A new version of the library is now available. The new version features full win support, new tools for the debugger & logger, a few fixes to the PtcForms componenet , a new file with helper functions to type less and a new component, the autoloader. View the changelog for a detailed list of changes.

A wiki section is now available for the library, with full examples and possibility to add contributions from other users. Visit the new wiki here.

A new account has been opened to host the library components with a discussions page and a news feed for updates at sourceforge.net.